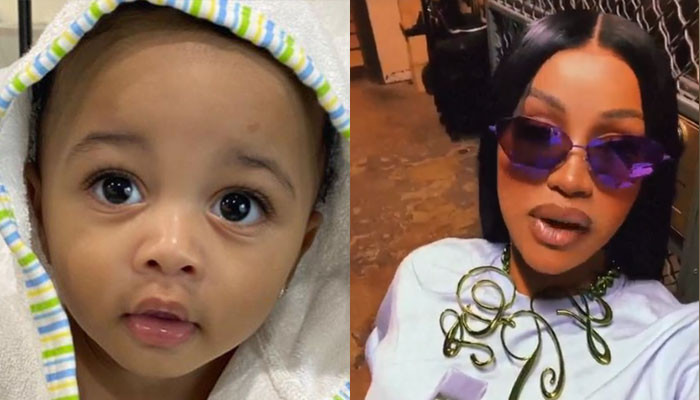 Cardi B recently revealed that she wanted a “tummy tuck” nine months after giving birth to her son.

On Wednesday, the Grammy winner turned to Instagram stories and spoke up on how she had become heavier after her pregnancy.

In the clip, the singer-songwriter could be seen wearing a white tee and sipping on a coffee while she complaint about her “waistline”.

The WAP star admitted, “I am a little heavier than usual, but I don’t like it, I want to get rid of it”.

To this end, the 29-year-old declared, “I think my son Wavey, like, did me wrong. So, I cannot wait to put out this song and do more things so I can get the surgery. I’m over it.”

However, she quipped, “Me and surgery goes together bad. Real bad. “

According to PEOPLE, Cardi, who shares a three-year-old daughter with her hubby Offset, announced the birth of her second baby in September. The couple reportedly revealed baby boy’s name last month

BTS star Jimin is dating a ‘mystery girl’ since high school: Read On

Prolonged US heat winds down as storms move through eastern Kentucky,...